Americans are out of money.  They just don’t have the cash they need to meet the down payment requirements of the major lenders.  So what’s a politician to do? 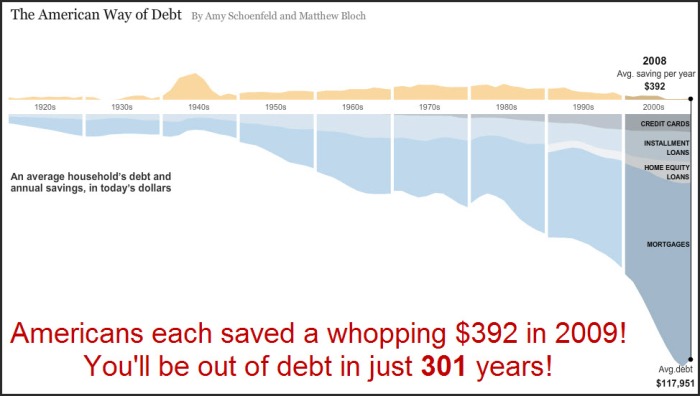 That’s easy.  Just decide that the banks are being way too restrictive on what they require from a potential home buyer these days.  Things like a steady job, enough income to cover all their monthly expenses and a 20% down payment.  Crazy stuff huh?  Have no fear, the Feds are here.  In order to rescue us from this calamity, the government has decided to do away with all that nonsense to make sure even the most irresponsible among us can shoe horn into a house.

The black hole into which the imploded and bankrupt sub-prime lenders have gone, our government is quickly following.  The only difference is that when private companies fail, and they lose all their money, they go out of business.  When the government decides to pick up where sub-prime left off, and fail, they just come knocking on your paycheck for more money.  So what’s the name of the government rope the new ranks of borrowers can hang themselves with?  It’s called the FHA.

In a prior post I discussed the next-to-nothing lending standards of the FHA.  Since our country has suffered from a negative savings rate for years (see image above), nobody has the 20% down in cash needed for the ridiculously overpriced half-million dollar condos all around us.  I would argue that those who do have $100,000 in cash lying around would do well to invest it somewhere else anyway.  At any rate,  the banks are not interested in providing home loans, they have too many bad ones already on their books they are trying to keep on the down low.

The government, stepping into the vacuum left by the disappearance of the sub-prime lenders has picked up the “let’s-insure-every-loser-in-the-country” gauntlet and among its many lax requirements needs only 3.5% down.

Well cheese and crackers everyone, sometimes even 3.5% is just too dang high.  So how does an FHA borrower get around even that softball pitch?  Easy, the house seller just donates the down payment amount to a third party non-profit company, which then donates that money over to the buyer (withholding a small fee for themselves of course) which the buyer then uses for the down payment.  The house price is of course jacked up to cover the down payment the seller gave to you.

Not only is the government artificially inflating home prices through programs like the FHA and the use of tax credits, but if you don’t have the 3% down, you really have no business trying to own a home.  You are either fiscally irresponsible, or if the home drops in value, even slightly, you will be very motivated to just walk away – probably after you stop making payments and get to live there for a whole year for free while the foreclosure process gets moving.

AND THE RESULTS ARE IN!

How many FHA loans went into foreclosure that used this trick?  31%!

Did someone mention fiscal irresponsibility?  Why are we trying so hard to keep putting losers in homes again?  Oh right, for the American Dream, for the children, for the planet, for the whales.  The American Dream is not having a house.  It’s just not.  It’s life, liberty and the pursuit of happiness.  The entire scheme of prostituting the American Dream as a political means to secure votes from those who are not responsible enough to own a home by forcing banks to provide loans to them, has led to the largest economic decline since the Great Depression and forced families who are responsible to delay owning a home, having families, getting married, building tree houses and hanging tire swings.

The irresponsible are rewarded by this government over and over while the responsible wait patiently on the sidelines, their dreams postponed.

On second thought, perhaps not so patiently.