Over the years on this blog I’ve listed time and again the many obstacles the housing market faces and how each will lend a hand in providing the downward price correction we so desperately need to remove the government’s distortions and interference in the free-market system that created the housing bubble in the first place.

To all the other forces conspiring to push home prices down, we can add the rapidly shrinking pool of buyers. I will discuss each slice of the potential buyer pool and what remains.

1. The first group of potential buyers already bought during the bubble and whether they stayed in their first purchase or kept trading up during the bubble, the odds are that they are severely underwater now and would have to bring their own money to the table to sell their house, which is worth less now than what they paid for it. These buyers are frozen in their homes.

2. The second group had a house prior to the bubble and watched as it appreciated significantly (and artificially) in value, and naturally they extracted large chunks of that cash through refinancing and either invested it back into the house as improvements or took vacations or bought stuff with it like cars and flatscreen TV’s. This group would also have to bring large amounts of money to the table in order to sell their house. These buyers are also frozen in their homes.

3. The third group is the first and second group combined. Not only did they buy an overpriced house during the bubble, but they cashed out all the equity at the top of the bubble. This group is also the most likely to default and walk away from the home and is the main driver behind shadow inventory, foreclosures and bank owned real estate. This group is the most frozen of all, but also the most likely to walk away from the house.

4. The fourth group are people who had a house before the bubble and did not extract any equity. This group is not frozen, sort of. They have a unique problem of their own…a housing enigma where they will find that in order to become one of the buyers inside the rapidly shrinking pool of buyers they must first find a buyer from that same rapidly shrinking pool.

6. The sixth group are those that had a house before the bubble, did not extract any equity (or only enough that a sale would cover it) and sold the house for a profit or breakeven, then rented. This group is so small, I would consider insignificant. This group mostly consisted of people who saw the housing bubble for what it was, and I can tell you that nobody I ever talked to about the housing bubble during the bubble was aware there was a bubble at all.

7. The seventh group are all-cash-buyers. This group is so small they are also insignificant. 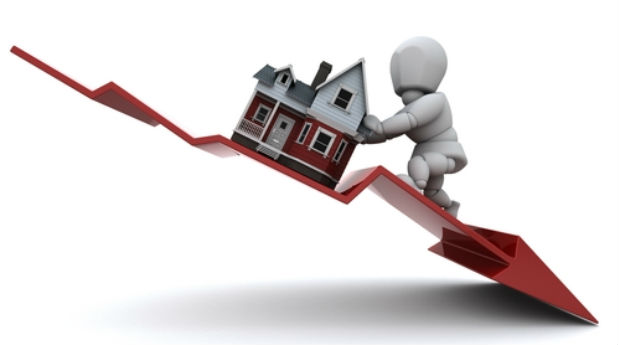 I think I can say that in those seven groups, I’ve probably captured most of where the potential buyers would come from in “a” housing market. As you can see, the hurdles for them to enter the market are significant and so they are effectively sidelined. With such few buyers left, and so much inventory coming on-line, prices can only go one direction…down.

So who will make up the majority of buyers in this new market and what impact will they have on home prices?

The only individuals and families left in the market that have the ability to move into a home quickly and potentially have the financial means to purchase it are in the eighth group…the renters.

Those lowly cockroaches of America that spent years being scoffed at, looked down upon and ridiculed have finally come into their own with a vengeance. Renters will now call all the shots and set all the prices as they were the only ones, whether by accident or by design, that did not hang a 10-ton housing or HELOC anchor around their necks.

The pool of renters, by design, also provide a limited pool of home buyers. I will discuss each subgroup.

1. The first group of renters simply can not afford a new home because they are too young and new to renting. They simply don’t have the credit history or the income to buy a home.

2. The second group of renters do not, and probably will not, ever meet the income or credit rating requirements. These are generally individuals or families that through bad decisions or a personal crisis have destroyed their credit and/or are only capable of low-paying jobs.

3. The third group of renters will become the most likely buyers of homes over the next few years. This group is currently in their late 20’s through their 30’s having been part of the first renter group before the bubble (either living at home as a teen or in their first rental), and then renting throughout the bubble whether that was by accident or design, and are now in a position in their careers that their income and credit scores are sufficient to qualify for a home mortgage. In addition, they are the most likely to have any savings available for a downpayment.

Anyone who was older than this group ten years ago when the bubble started was, at that time (in their late 20’s and 30’s), in the best position to buy a home, and most likely bought one and are now in one of the previously mentioned seven groups that have significant hurdles to re-entering the buyer pool.

Now consider what all of this means. It means that out of the eight groups from which home sales could draw from, only one group is in any real position to potentially buy a home. And within that one group, there is only one out of three subgroups that could convert their potential to buy into an actual home purchase.

Now consider how this specific group will impact home prices…with each point below explaining why home prices will have to come down to meet what these buyers are capable of.

1. The first impact on home prices by qualified renters is that they have no home asset with equity to sell, which means they will have much lower downpayments than those that in previous housing markets sold their home with significant equity and recycled that equity into the next house, allowing them to buy a bigger home with a bigger mortgage.

2. The second impact, is that those working in their 20’s and 30’s are currently not making the maximum salaries that others who are older are making now. As stated, those who are older are most likely already in a home facing one of the previously mentioned hurdles to becoming a potential buyer. Since this pool of buyers is so young and not making their full potential in salaries yet, they are extremely limited in the maximum home price they could qualify for. This effectively wipes out a massive swath of homes above a particular price range simply because the buyers are too young and too new to their careers to make the money needed to make the purchase.

3. The third impact on home prices from this group is based on employment. With a 9% unemployment rate, and rising, this group of buyers is slowly being eroded by job losses. Anything that reduces the number of buyers from this pool means fewer people qualifying for an ever increasing number of available homes. Less competition between buyers means lower prices for homes.

4. The fourth impact is based on inflation. As inflation rises above 11%, they must spend more money on their monthly expenses which means less money being saved for a downpayment and less money available in their monthly budget for a mortgage payment.

5. The fifth impact is due to the current economic recession, whereby this group of young workers has lost most of their bonuses, are not receiving pay raises or ones of significance, and are unable to easily move up or move out via promotion or changing companies due to a weak job market. In other words, they have lost all their leverage to negotiate for more money, bonuses, benefits or a new job somewhere else. Since this groups upward mobility has been significantly constrained, their ability to afford a larger mortgage anytime soon is unlikely.

Home prices will now have to drop to levels that those in their 20’s and 30’s who are still lucky enough to be working, with stagnant incomes, rising costs, and limited downpayments, can afford to buy.

Like Loading...
‹ Why renting your furniture is a bad idea…even from Hulk Hogan.
Government bans over-the-counter asthma inhaler to save the environment ›

Tags: Housing Market, housing market update, who is left to buy homes, who will buy homes