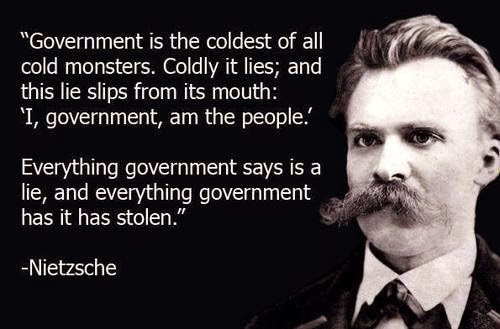 The Government lies…constantly. A co-worker sent me an article yesterday about Iran capturing one of our drones and repurposing it for Iranian use. It does not matter if they can, or will…what mattered to me in the article was that the Government initially lied to us about Iran having it, then when shown evidence they had it, lied to us about how they acquired it, saying it crashed, when in reality, Iranian operatives simply spoofed the on-board GPS and tricked the drone to land safely in Iran, which, considering the $36B the Government had allocated only months before to “work out the issues with drone GPS guidance,” makes complete sense – as does the photos of a perfectly intact U.S. drone in Iranian hands.

Despite assurances to the contrary, the IRS didn’t destroy all of the donor lists scooped up in its tea party targeting — and a check of those lists reveals that the tax agency audited 10 percent of those donors, much higher than the audit rate for average Americans

Investigators last year reported that the IRS singled out tea party and other conservative groups applying for tax-exempt status and gave them special scrutiny, including asking inappropriate questions about their activities and membership. The request for donor lists was among the inappropriate activities.

The IRS initially denied to Congress that it was singling out tea party groups, despite vocal complaints from groups that had their applications delayed for years.

Obama administration officials deny that the targeting was politically motivated

Like Loading...
‹ Americans told it’s time to let go of freedom of choice. ObamaCare processing center employees paid to do nothing. Just another day in Socialist America
Sarah Palin: No Problem with Death Panels, Not Even A Smidgen! ›