Home › National Debt › What does “Extreme Couponing” and almost 70% of our taxes have in common?

What does “Extreme Couponing” and almost 70% of our taxes have in common?

They provide an example of what happens when Americans are forced to cutback on their lifestyle, and when they aren’t.

I was watching an episode today of a show called Extreme Couponing on TLC and watched as a women put $1,800 worth of groceries in her cart but only paid $103. This 94% discount was achieved through the use of coupons, and nothing else. Another couple bought $800 worth of groceries and paid nothing…$0, in fact the register went negative. She was motivated to use coupons in such a way as to save extreme amounts of money because her husband had been laid off and she was afraid that she would not be able to go out with ‘the girls’ anymore to have wine, or otherwise suffer from a lower standard of living. That’s the only reason. Amazing, huh? 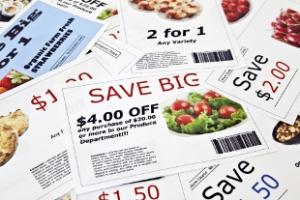 So what does that have to do with our taxes?

Some of you might remember a story I told of someone I know that was laid off from her job, let’s call her Sarah, and immediately signed up for unemployment benefits. While on unemployment Sarah traveled to New Zealand and South America for five weeks. She had a great time, and spent the remaining time of her 99 week vacation (the maximum benefits allowed) staying quite busy. She paid for (with your money) to have facials done regularly, including a few special trips to deal with a recurring pimple she would never dare to take care of herself for fear of scarring, spent a lot of time doing laps in the pool,  went to and paid for (again, your money) Bikram Yoga several times a week, turned down two job offers (she thought they were icky), and worked part-time for a couple of months out of boredom getting paid under-the-table by collecting her pay in stock options (along with many of her co-workers in the same situation) to avoid detection by the Unemployment Agency which would have cut off her benefits had she been paid in cash, or if they found out what she was doing.

On the 99th week and one day, Sarah went back to work and got a job. I’m not even making that up. That was a few months ago, and she is still working there now and complaining about how she doesn’t have time for yoga anymore. This same girl has a house in Orange County with a cheap mortgage, a paid-off cabin in the resort area of Big Bear Lake in California, a nice car and about $20,000 in savings in the bank.

The lesson here is that when the TLC woman’s husband was laid off, she immediately tried to makeup for the loss by cutting coupons, to the extreme. When Sarah became unemployed, she simply went on unemployment insurance, paid for by you, and kept every penny in her savings, and didn’t sell or downgrade either of her house(s) or her car.

So what is unemployment insurance for, really? Is it to prevent someone from being turned out onto the street in abject poverty like so many of us were brainwashed into believing, or to protect someone from ever having to use their own resources (by using ours instead) so they can keep all their savings, cars, houses, boats, planes, etc…

You can see in the graph above that 69% of our taxes go into Social Programs. Considering that there are millions of people using Social Programs in the exact same way as Sarah (and worse), and feel no remorse or embarrassment in using your money to maintain their lifestyle for as long as the law lets them get away with it, how much of that 69% do you think is money taken from you and I that the person receiving it could have paid for with their own resources? I would say most of it!

I have always said that when someone considers going onto unemployment, there are a number of steps they could do instead of coming to my wallet, and yours, for money. First, they can sell their house or rent out rooms or rent out the house and move to a cheap apartment, or downsize their apartment or move to a cheaper city with cheaper apartments, they could turn their leased car in for a cheap used car or downgrade their lease, they could move into an apartment with some roommates, then they could rent a room in a house, they could move in with friends or move back home. They should use all their savings first and any investments they have (outside of 401ks – unless they withdraw them).

Or in the case of Sarah, if she didn’t want to sell her house or her cabin or car…she could have just went and got a job. She did when the free money ran out, she could just as easily have done it sooner. Government social programs encourage people to avoid using their own resources, or looking for work, because they can live off of you instead.

And they don’t even clip coupons.

Like Loading...
‹ “What is greed?” Milton Freidman answers the question. Obama would be confused.
Jon Stewart calls out the media on their bias against Ron Paul and making him the 13th floor of politics…it’s incredible, you just gotta watch this video. ›