Home › 2012 Election › Jon Stewart calls out the media on their bias against Ron Paul and making him the 13th floor of politics…it’s incredible, you just gotta watch this video.

Jon Stewart calls out the media on their bias against Ron Paul and making him the 13th floor of politics…it’s incredible, you just gotta watch this video.

In the recent Iowa Straw Poll which is closely watched as an indication of which Republican candidates American voters are leaning towards, Ron Paul fell short of the #1 spot by less than 200 votes to Michelle Bachmann.

ALL of the other candidates that have been bouncing around your TV screens fell so far short, that the #3 on the poll got less than half the votes that Ron Paul did. So by only a narrow margin did Ron Paul lose the #1 spot and all the other contenders are so far behind, they aren’t even relevant.

Despite this incredible fact, all the major news channels including CNN and Fox News never mentioned Ron Paul’s name, but focused on Michelle Bachmann winning and all of the losers that only won a handful of votes.

In fact, Jon Stewart’s video shows a montage of the major news outlets just skipping over Ron Paul’s name as to who still has a chance at winning and they focus on the names of people who got only a tiny fraction of the votes as “still in the running.”

THE BIAS IS INCREDIBLE and so obvious! They don’t even try to hide it. This is the media telling you what to think by using “truth through omission.” They simply fail to report the success of Ron Paul which means they are not lying, but they are still in fact manipulating what you think of his chances of success and his popularity which hurts him.

The theory on why Ron Paul is so popular but the media won’t cover him is because the media do not, nor do the Republicans or the Democrats, want him to win. Ron Paul is the antithesis of Big Government. His position on abusive government over the years, long before people were paying attention, has never changed.  If Ron Paul won, he would unwind much of the fraud, graft, corporatism and lobbying in Washington. He would take away an astronomical amount of immoral income from politicians, their corporate cronies and their pet lobbyists.

He is the kryptonite to Big Government and for the first time in history, he would actually reduce the size and weight of government as it crushes the economy by exponential growth. So everybody on the side of Big Government, which is where they get their bread buttered, such as the Republicans, the Democrats and the Media will do everything they can to ignore and marginalize him. The LAST THING they want you to do, is learn more about him, because when you do,  you will see why is the best choice, by a long, long, long margin.

If they give him the exposure he deserves, more and more people will rally to his side, and that is the last thing BIG GOVERNMENT and the millions of people on its payroll want to happen.

The videos on YouTube are too short, so I am linking the image below to the EconomicPolicyJournal.com blog that has the full length commentary from Jon Stewart. The blog will open in another window.

Watch the following video where Jon Stewart rips into the Mainstream Media for their incredible, in-your-face bias… 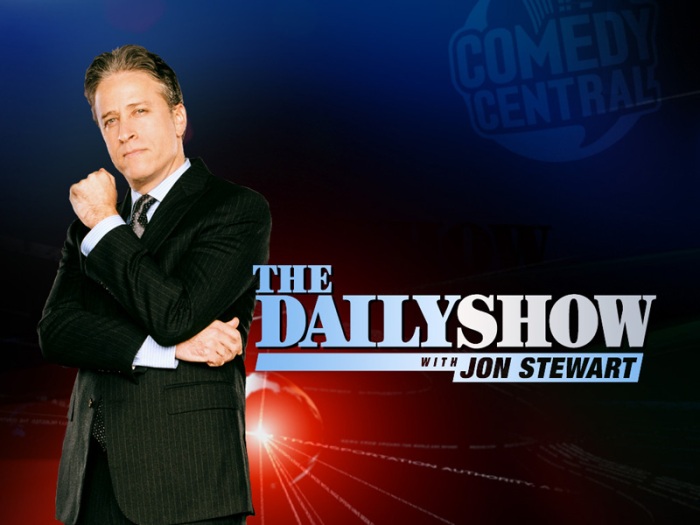 Click on image to visit EconomicPolicyJournal.com and watch this video

Like Loading...
‹ What does “Extreme Couponing” and almost 70% of our taxes have in common?
Big Government throws up on the WSJ, SEC expands its control to every company in the U.S., how long before the Department of Education bans natural gas drilling? ›