Home › Big Brother › US Government to punish citizens trying to leave the country – Joins China, former U.S.S.R. and other Socialist nations in turning citizens into slaves.

US Government to punish citizens trying to leave the country – Joins China, former U.S.S.R. and other Socialist nations in turning citizens into slaves.

I applaud all Americans who denounce their citizenship and leave the United States to avoid paying taxes. These individuals are modern-day colonists, who like the original American colonists, fled England to found a new nation. Ironically, our modern-day American politicians are denouncing current citizens from doing the exact same thing the Founders of this great nation did, when they abandoned their English citizenship to escape oppressive taxation. Oh…the bitter irony. 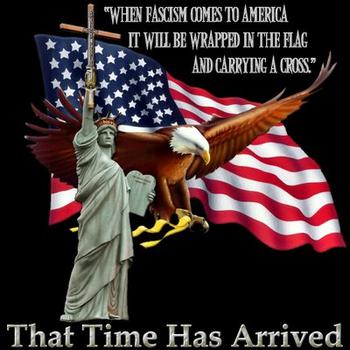 Eduardo Saverin, who stood to make billions of dollars from Facebook’s IPO decided to denounce his U.S. Citizenship in order to avoid America’s oppressive, tyrannical tax system that punishes success and rewards failure and State dependence.

The result of Eduardo’s decision has led to venomous anger from our Socialist Republicrat politicians who see this tax avoidance as stealing millions of dollars from them that they had plans to redistribute for votes through all of their social and corporate welfare programs.

As a result, our Socialist Government has decided to introduce a bill to create a law whereby any American citizen like you or I, that leaves the country with our wealth and denounces our citizenship to avoid paying taxes on it or from our future income, will be banned from the United States, never permitted to return. An outcast, a derelict and rogue ex-citizen that will be forever considered an enemy of the State. We are barred from returning to visit family, friends or see the Grand Canyon, forever. All Hail the Soviet States of Amerika.

As Senator Schumer mandates, “Senator Casey and I have a status update for him [Saverin]: Pay your taxes in full, or don’t ever try to visit the U.S. again.” Schumer and Casey have proposed the following penalty for trying to escape the tax clutches of the formidable IRS Socialist apparatchik; “Under their legislation, any American who renounces his or her citizenship for the purpose of avoiding taxes will be punished in two ways: They will be barred from re-entering the U.S., and their future investments in the U.S. will be taxed at a 30 percent rate.”

There was a time when only countries like the U.S.S.R. and China treated their citizens with such evil contempt and the rusted heavy fist of oppression. Now the United States is part of the tyrannical, freedom destroying, citizen controlling list of Socialist and Communist nations that see their citizens as only bags of money whose sole purpose is to keep their head down, toil diligently everyday at their jobs turning over any amount of their wealth beyond which they need to barely scrape by, so that the State can continue the centralization of their power and the exponential increase of the governmental nanny state. A state of dependence where half the country lives for free on the money stolen by the State politicians from the sweat of the other half.

Let this stand as a warning to any entrepreneur in America, or any potential investor from another country, or anyone who has aspirations of being something greater than a cog in the wheel…don’t do it here. America is closing her doors to ambition, creativity, entrepreneurial leadership and all the drivers of wealth creation. For those of you still here, get out while you can. For those of us that remain, those that are still working, prepare for the State onslaught of higher taxes, more regulation and more control as the other half that lives off of us demands that we make up the difference while the wealth producing leaders of our nation escape, and rightfully so, from the economic Socialist hell this country is about to become.

I highly recommend the reading of Atlas Shrugged by Ayn Rand or watching the recent movie of the same title. Fifty five years ago Ayn Rand wrote in a fictional account about how our Big Government would eventually gorge itself so much on the hard work of others, that those hard workers would simply leave the country. And as we suffer from an exodus of talent, ambition and entrepreneurs the entitlement class will not allow a single penny to be deducted from their welfare and subsidy payments, thus squeezing the middle class into poverty as they attempt to carry the weight on their shoulders of an ever-expanding class of citizen welfare leaches, engorged with your tax dollars and demanding under threat of violence for more.

Like Loading...
‹ WIC Recipients Pull Up to WIC Office in Mercedes, Lexus and Hummer…then Leave with Your Money.
Greece Using Equivalent of Credit Cards to Pay Interest Payments on its other Credit Cards – End is Near ›