California Gas up Twenty Cents a Gallon in One Day! We should be happy! Not sad!

All over the news today and yesterday are reports of gasoline price spikes throughout California due to various problems at multiple refineries throughout the West Coast causing shortages in our fuel supply network. This has caused gas to climb exponentially, including a twenty cent hike today from yesterday. Yesterday was up eight cents from the day before.

As usual, the pitchforks are coming out and it is only a matter of time before people and politicians once again blame the gas station owners, the big bad oil companies, or George Bush.

What they need to do is blame themselves.

Californians take pride in their “green” initiatives, but Californians don’t want to pay for them. CARB, the California Air Resources Board, has created specific gasoline formulations that are called, “boutique” fuels. CARB is the same agency that brought us fines if you don’t get your tires properly inflated after you have service performed on your car. This is what CARB does all day, thinks up garbage like this.

The purpose of these boutique formulas is to reduce smog emissions for cleaner air. CARB is a branch of the California State Government, therefore, Californians are responsible for allowing, and approving, the use of boutique fuels in California so they can feel good about themselves and stroke their egos about how much they love the earth. 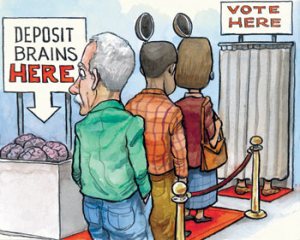 When you self-impose limits on the type of gasoline you can use, such as we have in California, and when your refineries run all year at 97% capacity, and when you force refineries to shut down and retool twice a year to switch over from “Winter Blend” to “Summer Blend” boutique fuels and vice versa, a disruption anywhere in the supply chain is immediate, and severe. California can not simply import gasoline from the other 49 states because the gas we produce and are allowed to use is unique to us. Other refineries in other states can re-tool their factories to make our gas, but it would take longer to re-tool than the supply shock would last, so they don’t bother to do it.

Our refineries make gas that none of the other States want, so there is no incentive for them to make an additional refinery when it is more cost-effective to run existing ones at max capacity. If they built another refinery that manufactured our boutique gasoline, and there was a surplus of fuel, they would have to store it because they can’t sell it to any of the other 49 states. Producing fuel you can’t sell is expensive, so refineries are incentivized by these State Government laws to limit the number of refineries and just maximise their production.

The lesson here is that when you create artificial and needless limits to your supply like CARB and California voters did, then you can expect higher prices from supply shocks. Limit your own supply. Limit your own competition. Increase what you pay. Simple.

Imagine if we did the same thing with electricity. California routinely does not produce enough electricity for itself, and must tap the grid from all over the United States for additional power to keep the lights on. If we treated electricity like CARB treats gasoline, we’d just have to start shutting entire counties down when we ran out of power or raise rates so high that everyone turns off everything because it’s costing $20 an hour just to keep the refrigerator running.

We as Californians need to celebrate the extra cost of our fuel during these times of crisis, as a symbol of our dedication and sacrifice to Mother Earth, to the planet, the trees and the windy grasses upon the plains. Consider $5.00 a gallon as the sacrifice we must all make to ensure clean air for tomorrow, for everyone, even people in other states that aren’t using boutique gas. We must sacrifice for them too so they have clean air that we pay for. Every time you fill up and hand over that crisp $100, take a deep breath and know your money is going to good use.

That said, SHUT THE HELL UP. YOU VOTED FOR IT – SO NOW YOU GET TO PAY FOR IT.

Like Loading...
‹ Obama Admits During the Debate that his Dream for America is Socialism
Amazing Video Shows Obama & Romney Are EXACTLY The Same On Every Important Issue – Watch & Learn For Yourself! ›