Wikipedia Bans Anyone Who Posts Anything Bad About Obamacare 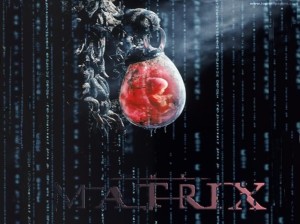 I’ve been quiet the past few weeks as occasionally, I do have to work for my share of what’s left of the loaf that they allow me to keep.

I should be back to irritating Liberals in a couple weeks. Until then, Dan from Squirrel Hill is at it again with this interesting post about Wikipedia deleting most negative references to Obamacare and banning those who wrote them from the site.

More and more, I feel like The Matrix was not just a movie, but a warning. When you see all the forces aligned against us, it gets harder and harder to write it off as mere coincidence. Republicans that talk a big game about reducing spending or Government, but reliably “cave-in,” to what Democrats want every time. A mass media that ignores everything anti-Government and bludgeons us for days with anything pro-Government. The NSA watching and reading and recording everything we do, say, or write. Ridiculous and severe government shutdown punishments including spending money to, “block from view” our national treasures. Property taxes so we can never own our house, we can only own the structure but must forever rent the land from the Government. Income taxes on our labor, which is our natural right to survive, so therefore a tax on our right to survive. Laws that protect us from ourselves, taking away our personal freedoms. The creation of a National Bank to destroy our currency and enslave us and future generations to paying back the bankers of the world for the next 500 years. A tax collection agency that purposely targets dissenters for punishment. The creation of the 17th Amendment to remove the right of the States’ to protect themselves from The People, and the Government which also allows The Supreme Court to be populated by The People, instead of the State Legislatures, making it more important that a Justice support abortion (a social issue that is not the Government’s business) than enforce the Constitution (the law all others laws are measured by). A daily and tenacious effort to ban us from having guns, the last remaining means of self-protection from a tyrannical Government. A law nobody read, rammed through by both parties (explicitly and implicitly, respectively), to create a national healthcare system so the Government can start coercing us to eat a certain way and stay healthy, via a system of regulations and monetary incentives and punishments. The list goes on and on and on….

Yep. More and more, I feel trapped in a world someone else created for me, and I am just a copper-top battery, following rules others made for me to protect me from myself so I will always produce, sort of like making sure a field is safe for cows to graze on so the owners don’t lose one, while being kept relatively healthy by force so I I will keep the hamster wheel turning at a good speed, and then, handing over half of my production to a cabal of Politico-Corp-Bankers.

The only thing I am missing, is a wrought iron brand seared into my ass that says, “Property of the PCB.”

Like Loading...
‹ Government Terrorism vs. The American People – Vietnam Vets ‘Removed By Force’ From Vietnam War Memorial
Investing for 2014 ›