Changing our political perspective occurs in direct proportion to the accumulation of our personal experience, our intellectual growth and our growing acceptance of logic, reason and rational thought as a sound, universal foundation from which all truth can be derived.

Truth trumps opinion, and opinion is Facebook, Instagram, Twitter and all of the mainstream media. Opinion fuels the self-serving and moral-stroking narcissistic nature of our current society, chock full of group-think echo chambers that react violently to any thought counter to the egoist tide, or hurts anyone’s feelings, which is everyone, since opinions are feelings and in today’s culture, all anyone seems to have are opinions, not facts, not data.

Opinion is pandemonium unleashed. Put 1,000 people in a museum and ask them which painting should be in the front window and observe chaos and the creation of a “democracy” to force the opinions of some to capitulate to the opinions of others under the threat of the majority’s power of violent coercion (regulations, laws, pre-crimes, taxes, rules and their myriad of punishments great and small for failure to comply). Put  the same 1,000 people in a museum and ask them to find all of the 81.7 inch × 121.25 inch oil-on-canvas pointillist paintings completed in 1884 and observe order, individual freedom, peace and one painting in the window.

Reason. Logic. Data. Observation. Reality. Rational thought. The non-aggression principle. Voluntary association. Rule of law. These are the building blocks that phenomenal, unprecedented and wealthy societies stand solidly upon, but build a skyscraper upon a foundation of opinion, as we have now, and watch it tilt and collapse in spectacular form.

While we must strive for a society based on logic and reason, the reality is that we are trapped in a society of opinion. A society where everyone’s opinion, which is unique to each of us, can become a rule or a law or a regulation, and a punishment, for the right price, or the right vote. So while we must work towards a society based on reason, which is universal, we must defend ourselves by paying attention to the reality of the world around us and understanding the dynamics and imminent consequences of a society based on the whims of every individual citizen; an anarchy of opinions. We did not choose to swim in this ocean, but it is upon us to not sink while we swim for shore.

In our current reality, many wonder why Trump has a stadium full of fans. Simply, it is because Republican politicians are now unquestioningly indistinguishable from Democrat politicians. Where there was once at least a difference of opinion, and each side catered to the respective opinions of their voters, now there is nothing but red and blue progressive solidarity.

Both parties have only ever offered Americans the temporary use of their hammer to drive home the nail for their own voters opinions, but Republican voters, having fought so hard the last several years to take control of the Congressional hammer, and having won it in 2014, have only seen it continue to drive the same nails of socialism, welfare, warfare, statism, authoritarianism, asset bubbles, inflation and currency destruction, domestic spying, class warfare, opaque administrations, race baiting and economic decline. Republican voters now realize they have lost the power to impose by force their own anarchy of opinion and so are seeking out someone, anyone, with a loaded tool belt.

I am not suggesting that Republican voters are against the socialist nails being driven by the current administration insomuch as I am suggesting that Republican voters want different nails. Some nails will certainly be removed by the hammer’s claw, but some nails will just be replaced with different nails that may very well achieve the same objectives anyway; such in a nation based on the rule of opinion. Without rational thought, it is simply what I prefer over what you prefer, even when the unintended negative consequences are equivalent. 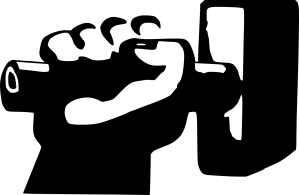 Now to abruptly change metaphors, as I have stated in prior posts, there will come a time when Republican voters realize that not only has their team been bought by a new owner, they’ve been relocated, changed their jerseys and their logo and aren’t even playing the same sport. Unfortunately it took six long years for Republican voters to show up and watch their team play only to find themselves sitting in an silent stadium staring at an empty field.

When Congress was finally dominated by Republican politicians, and Republican voters were waiting for the Super Bowl game that would turn the tide in their favor, they watched as not a single player came onto the field. Every Republican that was elected stayed in the locker room and did nothing. They changed nothing. The promises they ran on to get elected were put away in a locker filled with sweaty gym socks, never to be seen again.

So it is no surprise that Republicans, if you can even call them that anymore, are turning against Republican voters, again, to endorse whatever progressive activist judge Obama and his team want to add to the Supreme Court.

Watch as the entire Republican party continues its decades long collapse under the weight of backdoor deals, bribery, greed and blackmail to the Democratic Socialist agenda, again.

This is why Trump has a stadium full of fans.

Conservatives are not fighting back because no amount of fighting has proven to do any good. More and more Americans are abandoning politicians, as a species. When Republican voters did fight, once, they took the House. Then they fought again, and they took the Senate. Then they waited for all of that fighting to pay off – and they were abandoned on the beachhead left to face the socialist tide.

It’s not that Americans don’t care, it’s that they don’t care about the Republican Party and see it as a legacy that no longer has value to anyone, for anything. In a society based on hammers of opinion, what use is a party with no hammer?

So ironically, the Republican Party, after having railed against the idea of a third party for so long, preaching the danger of the split tickets they generate, have in fact made themselves the third party by abandoning every message and promise they were sent to D.C. to fulfill. And all Trump had to do was walk on stage holding a hammer.

Like Loading...
‹ Utah Caucus a Sham – How to vote for someone 51 times
Unions and the Mob: Synonyms ›