Unions and the Mob: Synonyms 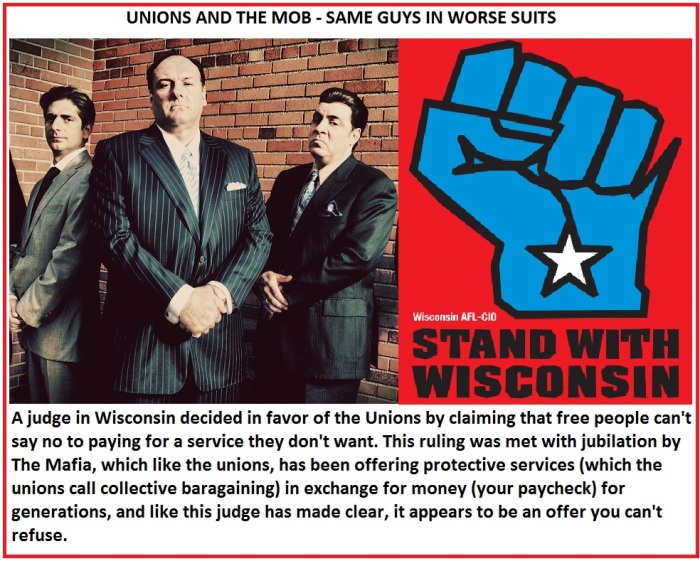 A judge in Wisconsin ruled against the right of the so-called free people of that State to have the freedom to not pay a group of other people for providing a service they didn’t want.

The Mafia released a statement that this ruling was a testament to democracy and freedom and shows the courts concern about the children, our safety, the environment, whales, deforestation, the dangers of raw milk and the future of America.

The Mafia is currently speaking with their consigliere on the opportunity this ruling presents for themselves to expand and legalize their operation, since for generations the Mafia has also provided protection services that people didn’t want in exchange for dues people didn’t want to pay.