Five minute video that explains how unfair the progressive tax system is.

The harder you work, the more you pay. So, stop working so hard.

If a husband and wife each earn $63,500, and report combined income as a married couple, they are now considered “the wealthy.” They are the rich. YOU are the rich. Such a couple as this earning just $63,500 each pays more in taxes than 90% of other Americans and is paying 70% of the entire Federal income tax bill. Is that fair? So I ask the Liberals out there, is that more or less fair as something like equal pay for women or minimum wages?

Before you decide to ask for more taxes on the rich, understand that YOU are the rich. The middle class is the rich. The undeserved “poor” are voting to eat YOU. That if you want your children to earn good salaries, like I am sure we all do, you are voting for laws that would increase the taxes on your own children. Why the hell would you do that to your own kids?

And don’t forget, prior to 1913, there was no income tax. The government earned revenue by taxing imports. For over 130 years Americans paid no income tax, and built the greatest nation on earth without it.

The original income tax in 1913 was 1% on those earning the equivalent of $1M in today’s money, which is why so many people supported it. Most Americans are ethically challenged, and have no problem voting to take away SOMEONE ELSE’S money. And of course like all things from the Government, it starts out small, and eventually eats everything around it.

But the income tax turned out to be such a revenue boom for the government, they decided to expand the program to what we have today, where half the country pays no federal income tax at all (in exchange for votes – I’m talking to you Democrats), but receives all the benefits those taxes pay for, and the other half pays 97% of all the taxes for the exact same benefits.

Liberals talk about “fairness.” Equal pay for women is fair. Living wages is fair. Minimum wages are fair. And while they talk about all this fairness, they go ahead and vote for people making more money than them, working harder than them, putting in more hours than them, or where both parents work to pay, by force, 97% of federal Government taxes. How is that fair? How do liberals wrap-their-mind around this blatant dissonance?

It’s like saying the ocean is wet, but water is dry.

I will listen to a liberal discuss the merits of equal pay, minimum wages and living wages as long as they also admit that the progressive tax system is unfair. If they are unwilling or unable to do that, they are hypocrites, and their arguments about who should be paid how much are neutralized by that hypocrisy.

As soon as a liberal attempts to argue with you about these socialist pay schemes, simply ask them for their position on the progressive tax system, highlight their obvious hypocrisy; game, set, match. You win.

Here’s how “fair” the tax system is, from the Tax Foundation: 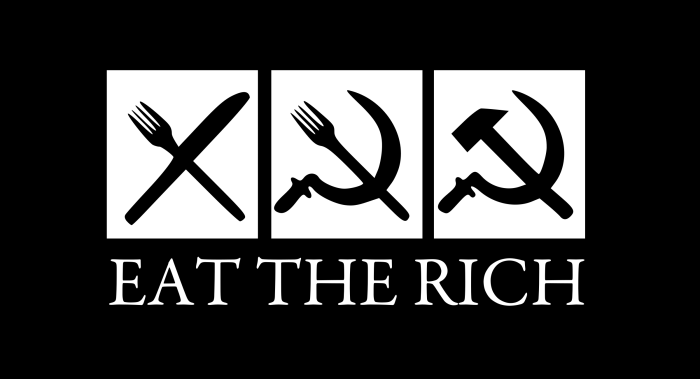