Home › Socialism › Paul Krugman blames Tea Party for causing all our economic problems and joins John Kerry in blaming the media for covering the Tea Party and not censoring them instead.

Paul Krugman blames Tea Party for causing all our economic problems and joins John Kerry in blaming the media for covering the Tea Party and not censoring them instead. 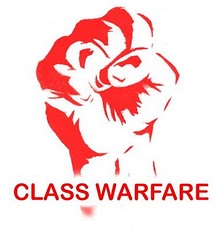 As I’ve said before, where do you think all the Socialists went after the Berlin Wall fell? They are still here. The power collectors, the career politicians, the greedy and self-interested ambitions of men who crave power and money still exist, as they always have, and always will, and many of them naturally gravitate towards positions in Congress where power and money can be easily had.

They are not Socialist in that they quietly keep Communist flags in their basements as shrines to the loss of nations like the Soviet Union, but they are Socialists in that they believe that power, money and control should be centralized…centralized to them, of course, not you.

I don’t think they think Socialism is better, or worse, per se, I think they just want power and money and Socialism is as good a way, as good a vehicle,  to achieve that purpose and get them where they want to go as any other. Why start a business empire to achieve power and wealth when you can just trick the people into voting away all their rights and hand all the power over to you voluntarily. So much less work. Why be Bill Gates and earn your wealth and power when you can be Stalin and just take it?

So it should be no surprise to anyone that when sentiment turns in this country against Big Government, the hardcore Socialists rise to the surface and become obvious in their true evil purposes, calling on the media to censor opposing viewpoints…something we were taught in grade school is a required cornerstone of the foundation of our freedoms.

See these men for what they are. Evil. Power collectors. Consumed by greed and power lust. They demand you give them more power and more control because they would take it by force if they could, but for at least a little while longer, they are unable to do that and so we must voluntarily hand it over to them.

And they hate you and me for that. And they hate, and now demand, that the media stop reminding us of it. 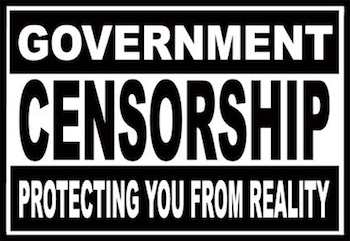 Like Loading...
‹ Microsoft, Exxon Mobil & ADP now have a better credit rating, and Apple has more cash and securities, than the United States of America.
What made America great and can make it great again? According to Republican Rick Perry, magic and mysticism can, not reason and common sense. ›