In an effort to prevent further international embarrassment as the world observes Obama’s kicking and screaming tantrum, and so school children everywhere can be allowed to see the White House that their parents taxes (and someday their own taxes) pay for, Donald Trump has graciously offered to pick up the tab for all White House Tours.

NEWSMAX reports, “Republicans have charged that the White House tours were canceled so that Americans would feel some pain over the sequester and thus take President Barack Obama’s side in the budget battle. Trump agrees. ‘I guess it’s political. They want to hurt the people,’ he said. ‘It’s just really ridiculous. I don’t think it’s a big deal, frankly. But it does make us look awfully bad and awfully pathetic.'” 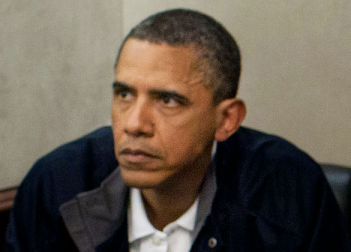 Are you proud to live in a nation where a President attacks the American People by closing the White House to save 0.00024 of the $3.8 trillion dollars in spending that he authorized; 56% of which is spent on horribly run government healthcare, lavish government employee pension benefits and lazy welfare recipients?

Does our Nation sound like a proud, strong, free Nation of ambitious hard-working Americans or a tin-pot third world dictatorship where a large part of the population lives in poverty, struggles to survive and looks to Government for everything?

Does our Nation look like it is being taken over by a ruthless Government, hell-bent on making sure the majority of the population is dependent on Government in one way or another, thus guaranteeing their obedience, while destroying our currency and raising taxes on the rest of us who will not kneel before Our Dear Leader to pay for it? And when we resist Obama and His Government, are we not punished, like little petulant children?

America is not what it once was. We are not free. Our Government is not Ours.

We all need to take a good long look in the mirror and ask ourselves, what are we going to do about it?

Are we going to educate ourselves and educate others? Are we going to stand up for our rights and our freedoms? Or are we going to let America sink beneath the waves into obscurity where half the nation struggles to tread water while our efforts are spent taking care of the other half that we carry upon our backs?