I hope by now everyone is well aware of the “Washington Monument” syndrome. This is a typical Government tactic to force you to give up more of your paycheck to the Government. Simply put, while billions of dollars could be easily cut from our rotund, pork dripping Government wildebeest, our Government will always threaten us with violent retribution if we resist them by cutting our most prized and important services instead, which cost pennies, not billions, to operate. From Wikipedia:

The Washington Monument syndrome, also known as the Mount Rushmore Syndrome,or the firemen first principle,is a political tactic used in the United States by government agencies when faced with budget cuts. The tactic entails cutting the most visible or appreciated service provided by the government, from popular services such as national parks and libraries to valued public employees such as teachers and firefighters.The name derives from the National Park Service’s alleged habit of saying that any cuts would lead to an immediate closure of the wildly popular Washington Monument.Critics compare the tactic to hostage taking or blackmail.

You see this all the time when a law or Proposition is “needed” by some Government entity, “for the children,” “for the teachers,” “for the firemen” or, “for the police.” Alternatively, a law could be offered up that demands more money from us for something completely unrelated to schools or public safety that is fully endorsed by, of course, the teachers, firemen or police. Americans in their infinite gullibility allow themselves to be financially raped on a routine basis by this blackmail perpetrated on us by our own Local, County, State and Federal Governments. 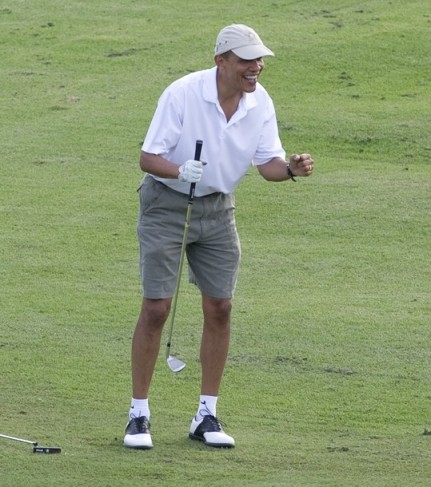 “Did you see their little faces when they found the doors were locked? Tell me! Tell me! Did any start crying? Gosh, I wish I coulda been there to see it. Gee whiz.

The latest example is Obama shutting down White House tours. The Sequestor cuts were allowed to go through, so what was Obama’s violent retribution against us? Shaft our children of course. In doing so, Obama gave every American a big, fat, middle finger, for daring to resist his demand for more tax money. So as the National Debt approaches $17 trillion dollars, Obama told school children on their way to visit the White House to go pound sand saving us a measly $18,000 a week, while Obama’s government spends $2.5 million per minute, while a recent golf trip Obama took with Tiger Woods was pegged at a cost of $1 million, while the cost of Obama’s family trips to Hawaii so far have exceeded $20 million.

Like Loading...
‹ Obama Abandons Uninsurable Patients Leaving Them To Die – Guess There Is A Death Panel After All & It’s Our King
Trump Offers to Pay The 0.00024 Of Federal Spending Obama Saved By Closing White House Tours ›