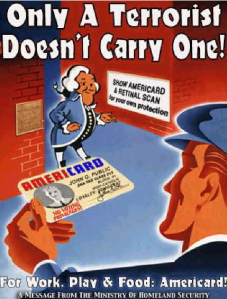 I was recently discussing with someone a ruling in California against Uber that would treat Uber drivers as employees and therefore subject Uber to providing all of the benefits and regulations required by an employer in California, which is also to say that should the ruling stand, Uber will become uncompetitive in California and thousands of Uber drivers will go back onto the unemployment lines or sit at home watching Jerry Springer and thousands of Uber users will get shafted and have to pay three times as much for a taxi and wait twice as long for one. How many young people were using Uber, a cheap alternative to taxi’s for rides home after a night of drinking – but will now just choose to drive their own cars home and risk a DUI or death to themselves or others? Will California pay for the funerals?

Nothing kills jobs and opportunity and the improvement of our standard of living like Government.

My hope is that the Government is defeated by the creation of an open source Uber-like app that allows ride-sharing to continue unregulated because Government job assassins will not have a single individual or entity to decapitate in order to maintain their tyrannical and destructive control over the economy.

I saw an interesting comment on the article I linked to above that said, “The California Labor Commissioner’s Office is just implementing one of the ten planks of the Communist Manifesto, i.e., the Sixth Plank:  Centralization of the means of communications and transportation in the hands of the State.” This makes complete sense, especially when you consider my earlier post on how driver’s licenses are really just Citizen ID Cards. You cannot travel in America without one. Drive your own car, board a plane, a train, rent a car, get on a ship – not a chance without your Citizen ID Card. The only freedom you have to move about in America without Government permission is by walking. Combine that with the hundreds of thousands of Americans losing their “drivers licenses” for violating Government edicts that have nothing to do with driving a car and these facts should terrify you. The Government has complete control over your ability to move freely, and it’s in your wallet.

And why do you think the Government is working so hard to give illegal aliens access to Driver’s Licenses? Because it’s really just a Citizen ID Card, but Americans are so stupid they just shrug and say, “what’s the big deal, it’s just a driver’s license?” Which is why the Government is happy to keep calling it a  driver’s license, when, again, it is really a CITIZEN ID CARD. Let’s not forget, the UK has already created a national ID card called a CitizenCard, and all they had to do to get their citizens to swallow that kinda “papers please” type of socialism was to offer them discounts at their favorite retailers. Its idiocracy. It’s THAT easy to make people slaves. Again.

At any rate, during my discussion, the response was that as soon as a murder or rape happened on my decentralized Uber-like app idea, it would be shutdown. But I disagree. The book I cite below includes dozens of examples of decentralized tools and opportunities that continue unregulated precisely because the Government has no head to lop off with their Big Government samurai sword.

Yeah, that wouldn’t happen. You should check out the book, The Starfish & The Spider: The Unstoppable Power of Leaderless Organizations.

I read it a few years ago and it focuses on leaderless organizations precisely. Governments, and individuals, when confronted with a concept, entity or even another individual that they don’t like simply aims for decapitation. The body will die. But a leaderless organization is immortal. Untouchable. The books points all of this out, and has dozens of examples.

Like your comment, what about Craigslist? People have been raped and murdered using Craigslist, and yet it is not possible to decapitate it, so it persists, unregulated. It is the same with the Tor Network. The Dark Web is host to drug trades, prostitution, child porn, hired killers, and even legitimate companies like the New York Times that use it to protect whistle-blowers trying to share inside or sensitive information with them, and the Government can’t do anything about it. Sure they can go after specific individuals if they want to expend the resources to try and find out who they are and track them down which is what makes the Dark Web so attractive to so many people.

But again, what the Government would PREFER to do, is knock on the door of the CEO of TOR and tell him, shut it down or WE will shut it down for you. But they can’t shut it down, so it persists, unregulated. Remember Napster? They went after the INDIVIDUAL and shut it down, but a host of decentralized peer-to-peers spontaneously combusted ever since, and as long as they remained decentralized, the Government could do nothing about it. They still persist. Even Bitcoin is decentralized for the precise reason that there is no Government agency; not the SEC, not the CFPB, not the FEC, not the Fed that can go after it because there is no actual company, no CEO, no shareholders, no “legal” entity that can be sued, or regulated into submission or threatened by Government violence.

The internet itself is so decentralized the Government cannot control it. But you damn well better be sure if they could have centralized control of it from the beginning they sure as fu** would have.

Why do you think the Government is hell bent on gaining control of the internet today? They want to control access. They can’t control the contents, so they need to control access to that content. In our lifetime, we will see the Net Neutrality laws used to reduce or eliminate bandwidth on any service the Government deems “illegal” or capable of permitting illegal activity. What flag-wrapped, pledge-washed American would not support that? The Government will call it the, “Safety & Security of the Internet for Children Act” and will simply explain that they require all domestic ISP’s to throttle “potentially” illegal sites, or block them completely, and block all searches related to illegal entities from a “block list” the Government provides which of course, will be available for review by any American, because it will have websites most Americans will believe are illegal.

ISP’s, to play it safe, will block damn near everything that might even remotely be considered illegal by the Government because the fines for failure will be so steep and severe, none of them will want to take the chance. It will be exactly like PROJECT CHOKEPOINT, where banks are cutting off accounts to any business the Government might not approve of, even though they didn’t specify any particular industry. This chilling effect is how Governments’ choke freedom off. They don’t need to kill it, they just need to suffocate it slowly until everyone is used to the new normal. And once the new normal is established, they tighten their grip just a little bit more until yet another new normal is reached. Repeat. Repeat. This is exactly what Thomas Jefferson meant when he said, “…that even under the best forms of government those entrusted with power have, in time, and by slow operations, perverted it into tyranny.”

There will also be other websites that are blocked for “national security” reasons which we will not have access to see the list of, for example, Tor. Why? Because Tor is used by terrorists in the Middle East to communicate and trade weapons and ammunition, so it will be exceedingly easy for Americans to allow the Government to block access to Tor for all Americans, “to keep us safe” and as long as you “don’t have anything to hide” then you shouldn’t care if they block Tor. Right America?

See how easy it is? We will see this happen in our lifetime. Americans will continue to support and vote in favor of the “slow perversions” that are leading them and us to tyranny. It’s inevitable, they are all fu***** asleep at the wheel. Sheep walking towards a cliff.

Like Loading...
‹ Requiring photo ID is “racist,” except when it’s done by Obama, the NAACP, unions, or any other liberals
Stupidity of Illinois Freeways, Precrimes and TSA Fun for 2015 ›