Ron Paul vs. Barack Obama Contributors – “Friends-of-Obama” Raking It In 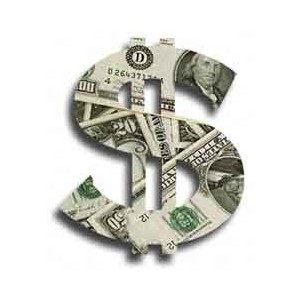 Here is a side-by-side comparison of the top contributors for Ron Paul and Barack Obama for the 2008 campaign.

You might notice quite a few, significant donations from the “Friends-Of-Obama” group, which were subsequently provided tax payer money in return for their contribution and Obama’s success.

According to Wikipedia, Goldman Sachs received $10,000,000,000 from the TARP program. $10B is a nice return on their $994,795 investment in Obama. Don’t ya think? I’m sure Citigroup, JP Morgan, UBS, Morgan Stanley and others did just as nicely now that they bought the Presidency and unlimited access to taxpayer money.

Notice not only who, but how much (or how little in Ron Paul’s case), each candidate received from various groups. In a side-by-side comparison, Ron Paul wins hands down.

Like Loading...
‹ One Year’s Worth. Is how long the Government could pay all its debt if we took every single penny from the wealthy.
Remember TARP? The Bank Bailouts? A European Bank Received $31 Billion Of That Bailout Money ›